Cancer is one of the most deadly diseases in the human history. Cancer treatment is expensive and in some cases doesn’t lead to a cure.

You might be scared after knowing that last year more than 1.5 million people were diagnosed with some kind of cancer. Yeah, there are several factors we should consider; the environment is a major factor but one thing we completely forget is our diet. It is surprising to know that we consume many foods on daily basis which can cause cancer and other diseases in the human. It’s time to look at the foods that could cause this huge number of cancer patients. The list is quite long but here are top 16 foods which you must avoid.

Microwave popcorn is quite popular among people of all ages. It is very easy to put the popcorn bag in the microwave and wait for few minutes to let it be ready for consumption. But, do you have any idea how dangerous it is for the health? Regardless of the actual food, the bag itself is very toxic. It is made of a chemical known as PFOA which is also found in the Teflon. When this chemical is heated, it produces the cancer and infertility in the animals, this is tested and proved in the lab.

The popcorn is also not as healthy as you probably think it is, most of the manufacturers use the soybean oil and propyl gallate as a preservative. Both of these substances create stomach problems and rash on the skin. Even the corn itself is not organic; now you can do the math.

Non organic fruits have very dangerous pesticides such as organophosphate on them. These fruits are usually contaminated with high nitrogen fertilizers which are harmful for the humans. Atrazine is a well known chemical used on the fruits and other crops; it is a weed killer which has several dangerous effects on the human body.

It is banned in the European countries but it is legal in the USA. According to a research conducted on pregnant women, the Atrazine causes loss of weight in the babies when pregnant women drink the water contaminated with this chemical. The more shocking fact is that the sewage waste in the USA goes to the farms and fields. This waste is used as a fertilizer and surely it is not a smart move to use this waste as fertilizer; it does not produce “organic” fruits. Washing the fruits does not remove the pesticides and other chemicals from the fruits.

As the tomatoes have high amount of acid, this acid causes the BPA to leave the can lining and enter into the tomatoes. The BPA level goes sometimes very high depends on the time the tomatoes remain in the can; you should think twice before serving those tomatoes in the meal especially when serving to the children. It is safe practice to buy the fresh food rather in the cans.

The fish is considered the safest food for the human yet the farmed salmon is an item you should consider again. Most of the salmon available in the USA markets are from the farms.
Producers feed unnatural diets to the salmon and those food items are consist of chemicals, pesticides and God knows what else. As for the production, the salmon are kept in quite narrow area and the population density causes the sea lice which is very dangerous for the humans.
These fish are fed different chemicals which make their meat quite pinkish like the natural meat but in return those chemicals create the toxic substances in the meat which you definitely don’t want to consume. The researches have shown that the meat of farmed salmon has an extremely high amount of harmful chemicals and mercury which is not healthy for us.

We all love them; they are tasty, cheap and easily available everywhere. But they have several negative effects on the human health and as compare to those harms the taste and pleasure does not worth it. First of all, the potato chips are very high in calories and fat. Both of these cause excessive weight gain which is dangerous in the long run. The potato chips are also responsible for excessive levels of sodium in the body.

Now, let’s talk about the chemicals and preservatives used in the production. The artificial flavors and colors also cause harmful effects on the body. The potato chips are fried in high temperature which makes them crisp but it also produces a chemical named acrylamide which is also present in the cigarettes. In addition, you can use the baked potatoes which have a low amount of fats and calories as well as other chemicals.

The vegetable oils and hydrogenated oils are the same things; but extraction method of the oil is quiet different than other extraction processes like butter.The vegetable oil is removed with the help of some chemicals and there are some other chemicals processes are involved in order to remove the odor and color from the oil to make is acceptable to the consumers.

All of the vegetable oils have omega-six fatty acid which is a well known chemical for creating health problems in human. The main problem caused by this chemical is heart problems and varies kinds of cancers. The human body needs to maintain a balance between the omega-six and omega-three fatty acid to avoid the effects of either one of them in the body.

8. Foods with High Salt or Pickled or Smoked

Some food items have the excessive amount of nitrates; these chemicals are used as preservative in many items especially the foods with meat.Yet these nitrates are not dangerous for the health by themselves but when they enter into the human body, they convert into the nitroso in some specific circumstances and the nitroso is a toxic chemical and causes cancer in the human.

We all already know that the white flour is a widely used food item all over the globe but it is not as healthy as you probably think it is.Refining the white flour from the flour is a process which involves several different chemicals. Other than that, the white flour has very few nutrients which we actually need in our body. Manufacturers whiten the flour with the bleach and the chemical is called chlorine gas.

In case you don’t already know, the chlorine gas is a highly toxic gas used in many chemical weapons. Other than that, the white flour has a high glycemic rate which causes the blood sugar level to rise to a high level; no need to mention that it causes the diabetes. Also it feeds the cancer cells directly and they grow with more than usual pace and spread in the body.

GMO refers to the genetically modified organisms; in other words, it refers to the food and food items which are modified with the help of different chemicals or produced with the chemicals.In a research, the scientists fed the modified potatoes to the rats in lab and after ten days it resulted highly damaged immune system and liver problems in those rats.

There are many petitions against the GMOs in the USA alone while the FDA hasn’t taken an action yet. The worst part is that the manufacturers are not lawfully bound to label the food items with “GMO”. But the good part is that, many manufacturers put the label “GMO Free” on their products to let you know about that. So, next time keep an eye on that label while buying food items.

The aspartame is responsible of causing several diseases in the human body such as birth defects, heart issues and cancer. Most of the diet food items use the refined ingredients; the refined ingredients have high level of sodium in them as well as other chemicals to remove the odors and colors. All of these chemicals cause different problems and are highly toxic in nature.

The interesting fact is that the low consumption of alcohol is good for the health because it reduces the heart issues but the excessive consumption is fatal because it causes the issues related to liver, mouth, rectum, heart conditions and breast cancer in women.

Actually the red meat is good for health if taken in the moderate amount. The beef (grass fed) helps the human body to fight with the cancer cells.Yet a study done in the last 10 years indicates that the people who consume the red meat on daily basis even a small amount have the 22% more chances of dying from the cancer, the same risk in women is about 20%.

A recent study has shown that the people who consume one or more soda per day are more exposed to the heart conditions especially the stroke.The sodas with sugar are just an empty drink with no nutrients and high amount of calories which cause weight gain. The excessive use of sodas in a little amount of time could cause the excessive increment in the blood sugar and insulin resistance which is highly dangerous.

The diet sodas are worse than the other kind because of the chemicals used in them especially the ingredients with low sugar levels. Though the soda a not a cause of the ulcer as many people think it is, but it makes the things even worse. The soda also has the artificial colors and odors as well as other chemicals to make it digestible, they cause several different types of cancer in the humans. 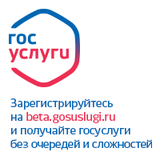